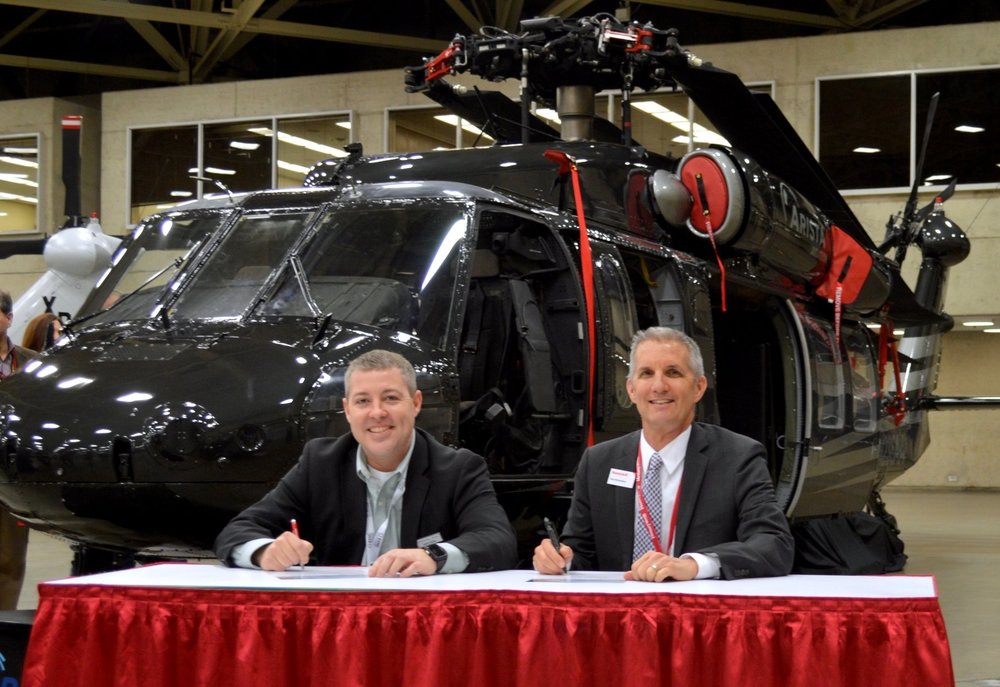 The event was held to memorialize the agreement and publicly illustrate the close ties between the two companies. As a channel partner, United Aero Group is now authorized to be a prime sales agent for Honeywell avionics products.

United Aero Group is also a member of the HAWKmasters consortium and hosted the signing ceremony at the nose of a UH-60A displayed by the group’s Arista Aviation.

Honeywell featured a wide assortment of avionics equipment at the show, including the new Aspire 200 Satellite Communications System, its smallest Inmarsat SwiftBroadband system. It enables simultaneous voice and data connectivity at rates up to 650kbps on all classes of aircraft and can be installed with any of Honeywell’s antennas. The system provides cabin voice and data services through a single channel of Inmarsat SwiftBroadband and has been ruggedized for helicopter environments.

Honeywell has secured FAA and EASA supplemental type certification (STC) for the Aspire 200 for the AgustaWestland's AW139 platform. It is the first rotorcraft certification utilizing the newly developed Inmarsat high-data rate (HDR) service.

Parties interested in either Honeywell Avionics acquisition or repair should contact United Aero Group at (203) 283-9524, or at quotes@unitedaerogroup.com.