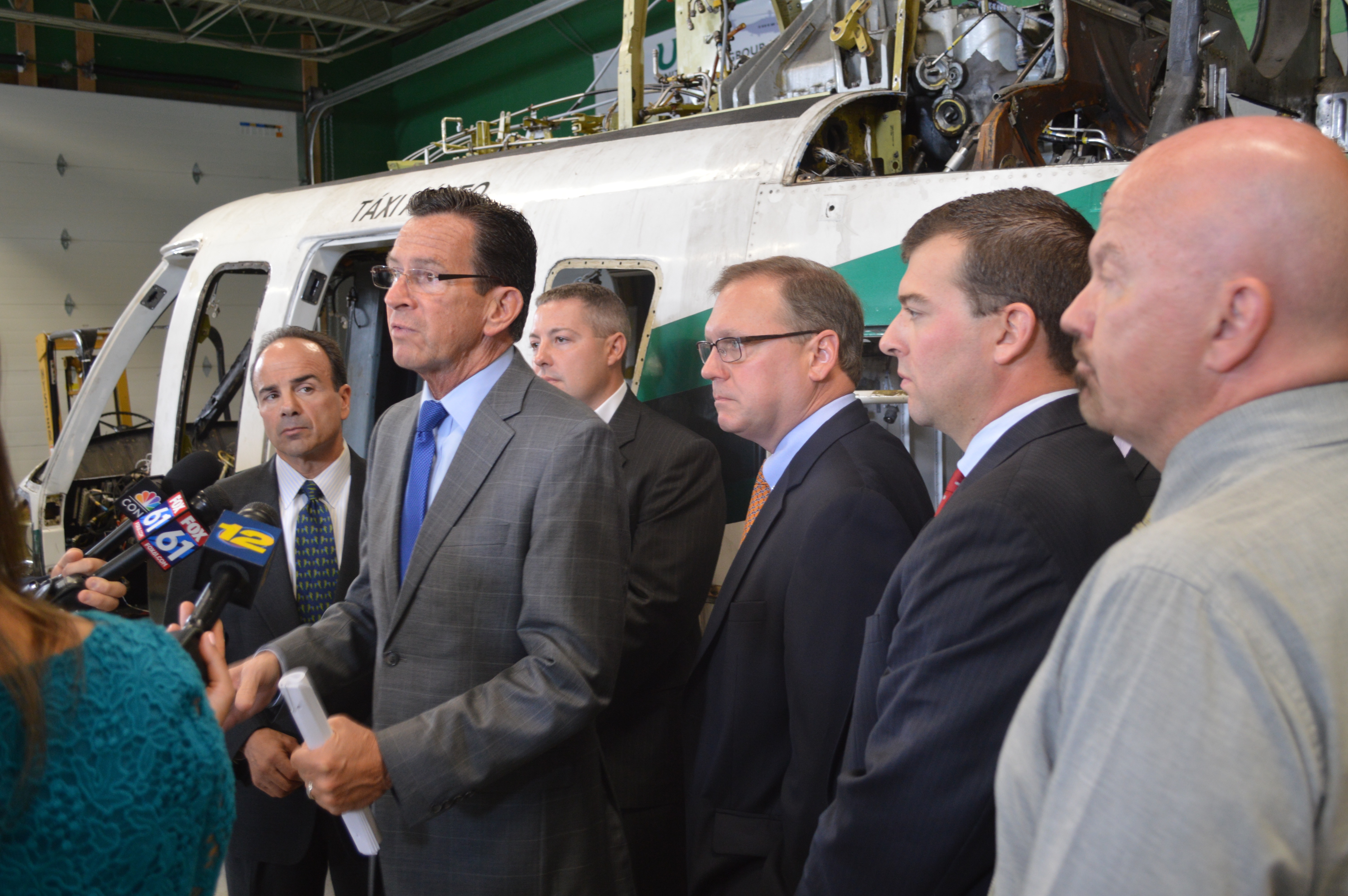 Stratford, CT - The eyes of Connecticut were on United Aero Group Tuesday as the company’s Stratford facility became the platform from which Governor Dannel Malloy called upon legislators to support a landmark $220 M incentive package designed to retain Lockheed’s Sikorsky Aircraft in the state for the next sixteen years.

The governor was joined by Mayors John Harkins of Stratford, Joseph Ganim of Bridgeport, lobbyist and former Speaker of the CT House Jim Amann, and a number of state representatives. Lawmakers were provided an overview of the company’s current business as well as a glimpse of expansion plans already underway. Co-founder and president Jamie Gelder, was interviewed by multiple television news teams with coverage of the event leading evening news broadcasts.