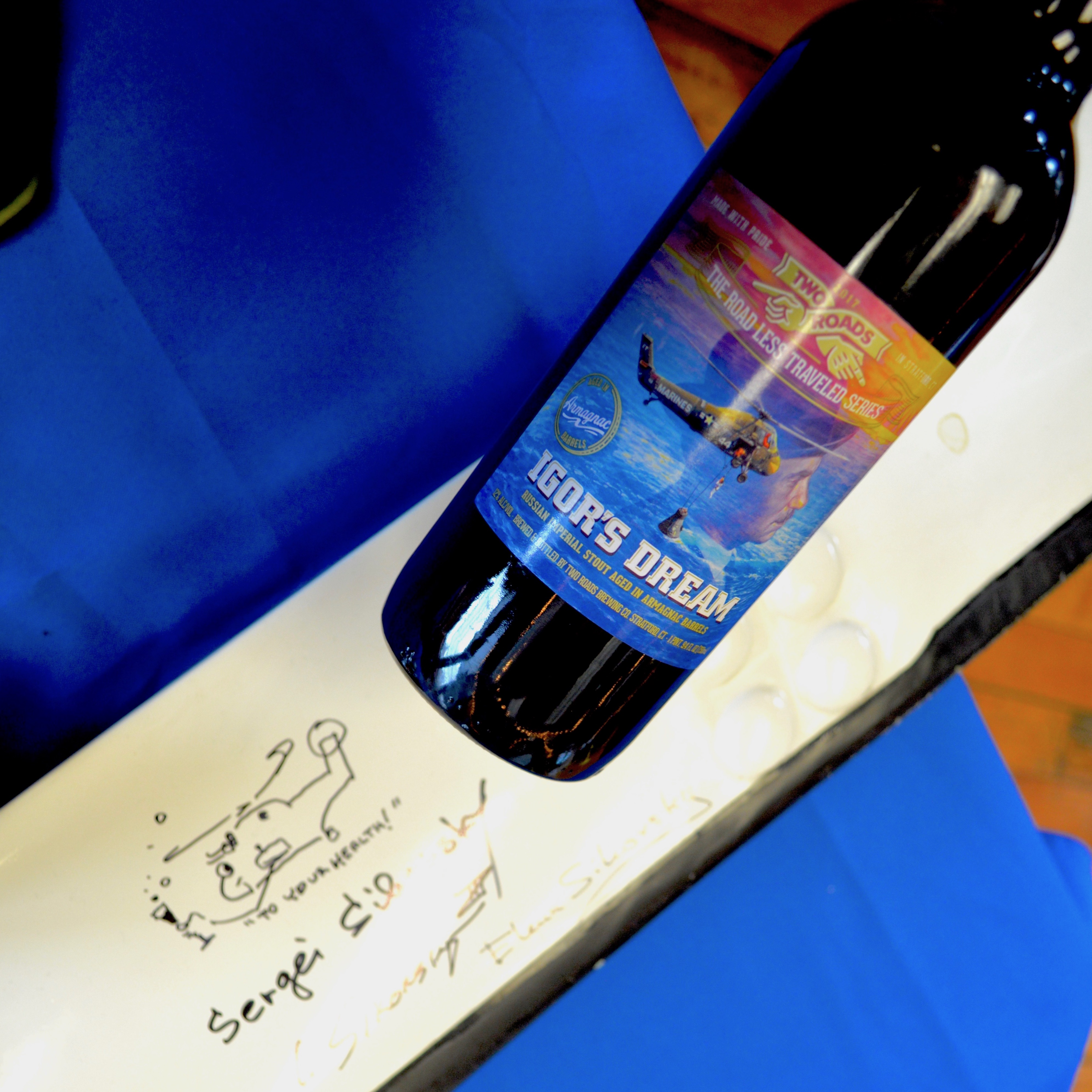 The blade was donated for Igor Day, the 2017 release of Two Roads' “Igor’s Dream” seasonal beer, and was signed at the event by Sergei and Nikolai Sikorsky, sons of the famous inventor, as well as Elena and Igor Sikorsky III, grandchildren. The special, limited edition “Russian Imperial Stout” is named in honor of the vision Igor Sikorsky had that led him to develop the helicopter, and the realization of that dream.

The signed blade will be mounted for display at the Aviation Hall at Two Roads Brewing Co., along with other memorabilia honoring Stratford’s central role in the history of aviation.

A second blade was also on view at the event. In addition to signatures of the Sikorsky family, current and past Sikorsky aircraft employees were invited to add their own names to this blade which will be displayed at the new headquarters of United Aero Group.

A portion of the proceeds of sales of the beer will go to the Connecticut Air and Space Center, also in Stratford. United Aero Group previously donated the full airframe of the same aircraft to the Air and Space Center to assist in the restoration of other historic Sikorsky-developed helicopters.

Based in Stratford, CT, United Aero Group is an aviation material management, sales, and logistics company, specializing in rotor craft. The ISO 9001:2008 and AS9120 certified company is both a commercial and military supplier to Sikorsky / Lockheed, a distributor of Honeywell avionics, and Cocoon equipment protection solutions. The company provides warehousing and global transport, develops hangars and aviation operational infrastructure, and provides aviation-based management and process consulting services worldwide.