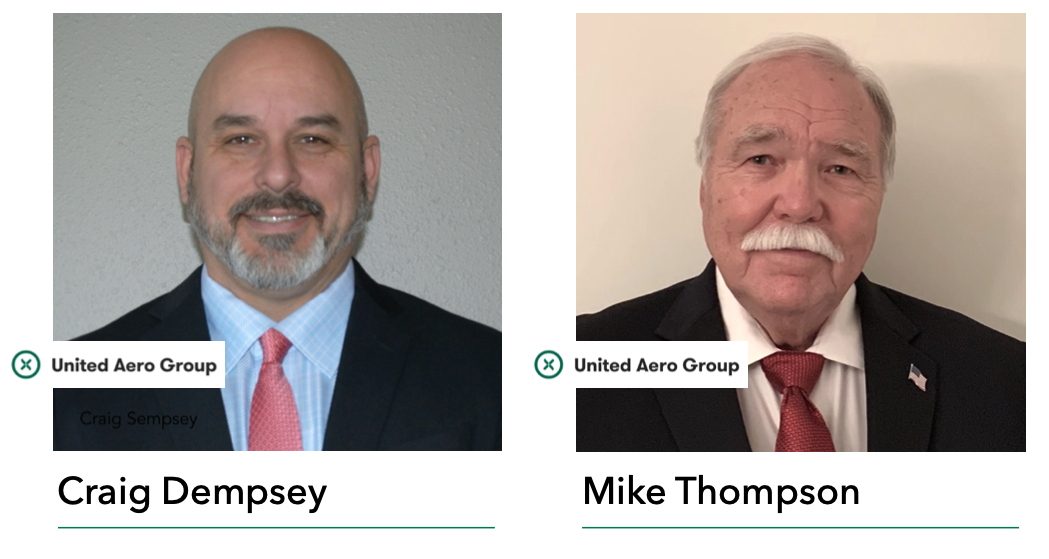 Craig joins the growing team at UAG from Erickson Incorporated, where he was most recently successful in the aircraft sales and MRO contracting of the S-64 Aircrane. Prior to Erickson, he was a Corporate Service Engineer at Safran Engines for the US Coast Guard Short Range Recovery fleet of Airbus MH-65 helicopters. In this role he maintained all reliability engineering and analytics of the engine fleet, as well as being the OEM technical voice to the customer.

Craig has held multiple front office sales positions throughout his career. He is a licensed A&P mechanic, and was the Accountability Manager to the FAA, during his time managing a Bell Customer Support facility.

He is a graduate from Tarrant College with an AS degree in Aviation Maintenance Technology.

Mike Thompson has over 35 years of experience in conducting business development for leading aerospace companies. Beginning his career with Textron, Inc., he later joined Breeze-Eastern, NJ, as a Director of Commercial and Government programs where he was responsible for business development with the U.S. Army, the National Guard, Special Operations, U.S. Navy, Law Enforcement, and helicopter OEMs. Subsequent to Breeze-Eastern, he joined Air Methods, in Denver, CO, and was responsible for managing the US Army/National Guard MEDEVAC helicopter programs. While at Air Methods, he led the development of the MEDEVAC interior for one of the U.S Army Light Armored Vehicle variants for USATACOM as well as helped develop the S-70 FireHawk program for the LA Country Fire Department.  Mike holds a Bachelor of Business Administration degree from Western Michigan University.

The entire team welcomes Craig and Mike and look forward to their contributions to UAG’s success in 2021 and beyond.